What was the Star of Bethlehem? 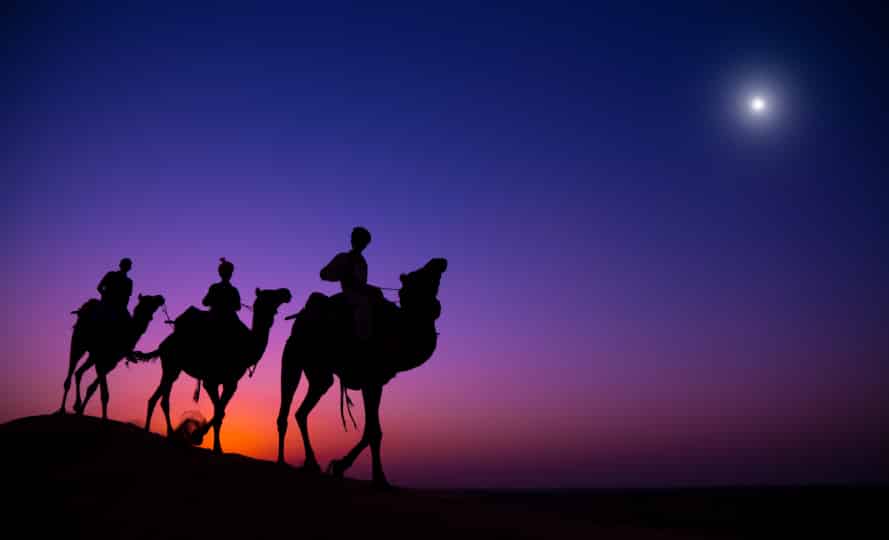 “After Jesus was born in Bethlehem in Judea, during the time of King Herod, Magi from the east came to Jerusalem and asked, ‘Where is the one who has been born king of the Jews? We saw his star in the east [when it rose] and have come to worship him.'”–Matthew 2:1-2

Something unusual, something special was happening in the sky around the time of Christ’s birth so that these observant, wise astronomers [Magi] were motivated to pack their treasures and travel to Jerusalem to worship a newborn king. I wonder what they saw. Some theories include a comet, supernova, or planetary conjunction. It had to be something that was subtle enough that King Herod needed to ask the wise men when “the star” appeared. After all, it’s unlikely that folks in Herod’s court would’ve missed a special comet or impressive supernova in the night sky.

Furthermore, it had to be something symbolic enough that would have led these astronomers to associate it with a king. The folks at bethlehemstar.com point to a unique movement of the planet Jupiter, “the King Planet”, as it passed nearby Regulus (“The Star of Kings”) several times during 3 and 2 B.C.  According to astronomical data, Jupiter would have even appeared to have stopped from its trek across the sky at the end of that time with what’s called retrograde motion, as part of a rare triple pass of Regulus–almost like the King Planet was dancing around the King Star.

Scholars disagree as to the exact time Jesus was born–some say between 4 and 6 B.C., while others hold to the timeframe of 2 and 3 B.C. So, scholars disagree, of course, as to what the famous Star of Bethlehem actually was. Whatever it was, the Magi had the correct response. Like the Bethlehem shepherds months before, they wanted to see the newborn king for themselves so they could worship Him.

In the midst of a hectic Christmas season, will you go out of your way to see Jesus? Will you worship Him? I am grateful that we no longer need a sign in the sky to give us a hint that Jesus has come. We have God’s Word. It’s fun to speculate what that original “star” might have been, but it’s more fun to celebrate the Good News that Jesus came for us, whether we are esteemed Magi or blue-collar shepherds. That’s truly good news of great joy!