St. Patrick and the Shamrock 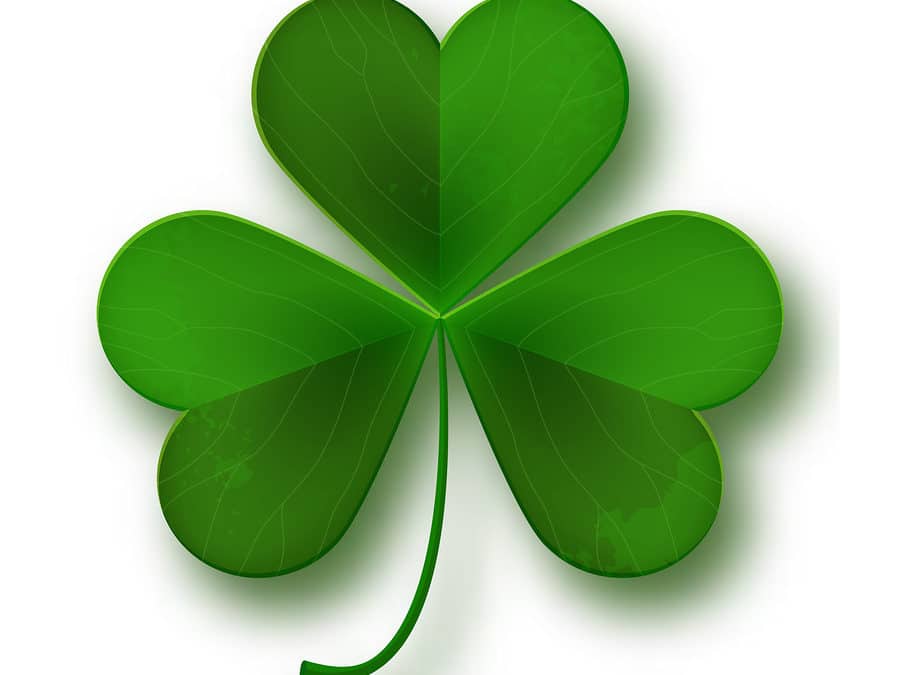 St. Patrick was a fifth-century Christian missionary known as the Apostle of Ireland. Early medieval tradition credits him with being the first bishop of Christianity in that country. According to the Confessio of Patrick, when he was about 16, he was captured by Irish pirates from his aristocratic home in Britain, and taken as a slave to Ireland. He lived there for six years, looking after animals. Then he escaped and returned to his family with the help of a vision from God. After becoming a cleric, he returned to Ireland and served as a missionary to the Irish. By the seventh century, he had already come to be revered as the patron saint of Ireland.

We observe Saint Patrick’s Day on March 17, the supposed date of his death. The holiday is associated with the shamrock because St. Patrick is said to have used it as a metaphor for the Holy Trinity. In pagan Ireland, three was a significant number. The Irish had many triple deities, a fact that may have aided St Patrick in his missionary efforts when he held up a three-leafed shamrock to explain the Trinity.

And how might have he explained the Christian concept of three persons in one God? Each leaf of the shamrock would have represented one person of the Trinity—the Father, the Son, and the Holy Spirit. And yet, the three leaves comprise just one clover, just as there is only one God. This mysterious teaching is rooted in Deuteronomy 6:4 (which states there is one God) and Matthew 28:19 (in which Jesus commands His followers to baptize in the name of the Father, Son, and Holy Spirit).

The fact that it is hard for our finite brains to wrap themselves around the concept of the Trinity—our infinite God—really shouldn’t surprise us too much. Why would we expect to fully understand the Creator? God is so much bigger and greater than us. If you think you can fully explain an infinite God, then you have put God in a box or reduced Him to something or someone unrealistically manageable.

So, on Saint Patrick’s Day (and every day), remember that God is amazing. He is big enough to create the world and yet personal enough to send a young man named Patrick to share the Gospel with the Irish. He is holy enough to hold us accountable for sin, but loving enough to send his own Son to pay the price for that sin. And He loves you. So, the next time you see a three-leaf clover, remember that an incomprehensible God cares about you. Indeed, the Father, Son, and Holy Spirit love you!