Is It A Homerun? 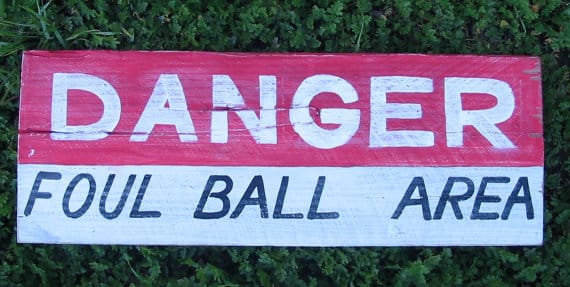 I’m a big baseball fan. Even as I type this, I’m looking forward to attending a ballgame this weekend. It’s just that I’m hoping the forecasted thunderstorms wait until after the game (and post-game fireworks show) is over. The lessons one can learn in baseball overlap so strikingly with real life—dealing with failure, stepping up to the plate, and much more. I could do a whole series on it, but the non-baseball fans would grow tired of it long before I would.

Anyhow, one memorable game I watched recently ended with a dramatic bottom of the ninth inning. The home team was trailing by a couple of runs with the hitter at the plate representing the winning run with two outs. The visiting team’s “closer” was in the game to save it for them. The batter had a 3-1 count, meaning one more ball and he’d walk to load the bases but 2 more strikes and the game would be over.

As I was watching on TV, the announcer ominously stated that this was the most dangerous pitch of the game for the pitcher. A moment later the batter crushed the pitch down the right-field line. Instead of being a home run, however, the ball drifted just foul. The ball was hit plenty hard enough; it just wasn’t hit straight enough. It was simply a Long Foul Ball. The almost-game-winning-homer was nothing more than strike 2. The announcer, a former pitcher himself, then correctly predicted that the closer would get the batter out on the next pitch. The visiting team (the team I was cheering for) exulted, while the home team sadly exited the field.

When the game was over, I breathed a sigh of relief that my team had won. But as I was reflecting on how close my team came to losing, I thought about how sometimes in life one decision (like one pitch) can make a big difference. Will I say yes or no to that temptation? When I fall down, will I quit or get back up? Will I forgive or hold a grudge? Will I pray or go it alone?

So, as Proverbs 3:5-6 instructs, I am going to entrust these decisions to the Lord. I am going to acknowledge God, recognizing that I need His wisdom in making decisions. When I make decisions on my own, I strike out more times than I’d care to admit. But God always comes through in the clutch!